Portraits: Abandoned on the Home Front 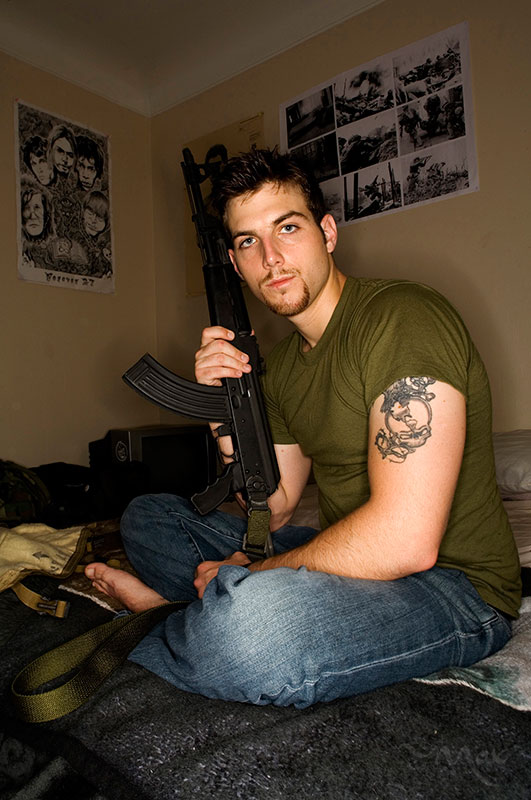 Abandoned on the Home Front


DENVER, COLORADO. Fred Lambert sits on his mattress on the floor of his downtown Denver apartment and holds a semi-automatic AK-47 he purchased in Denver as protection for himself in the drug and crime riddled apartment complex he lives in. Lambert shares the apartment with a Marine from his former unit, the 3rd Battalion of the 5th Marines. After failing a drug test and forfeiting his military tuition stipend, Lambert was given a general discharge. Lambert, a Florida native, joined the Marines looking for a way to better himself. Although he is a talented artist he wanted a way to attend college. Lambert was one of the first Marines over the border of Kuwait to Iraq when the Iraq war began in 2003. The next year he was deployed to Fallujah where he was in close quarters combat while fighting to take over that city in November 2004. Lambert earned several awards for his valor during his two deployments but turned to drugs to deal with the stress of combat and the death of fellow Marines. After given a less than honorable discharge from the military, Lambert drove his Corvette to Denver where he joined fellow Marines who were kicked out of the service because of drug use.