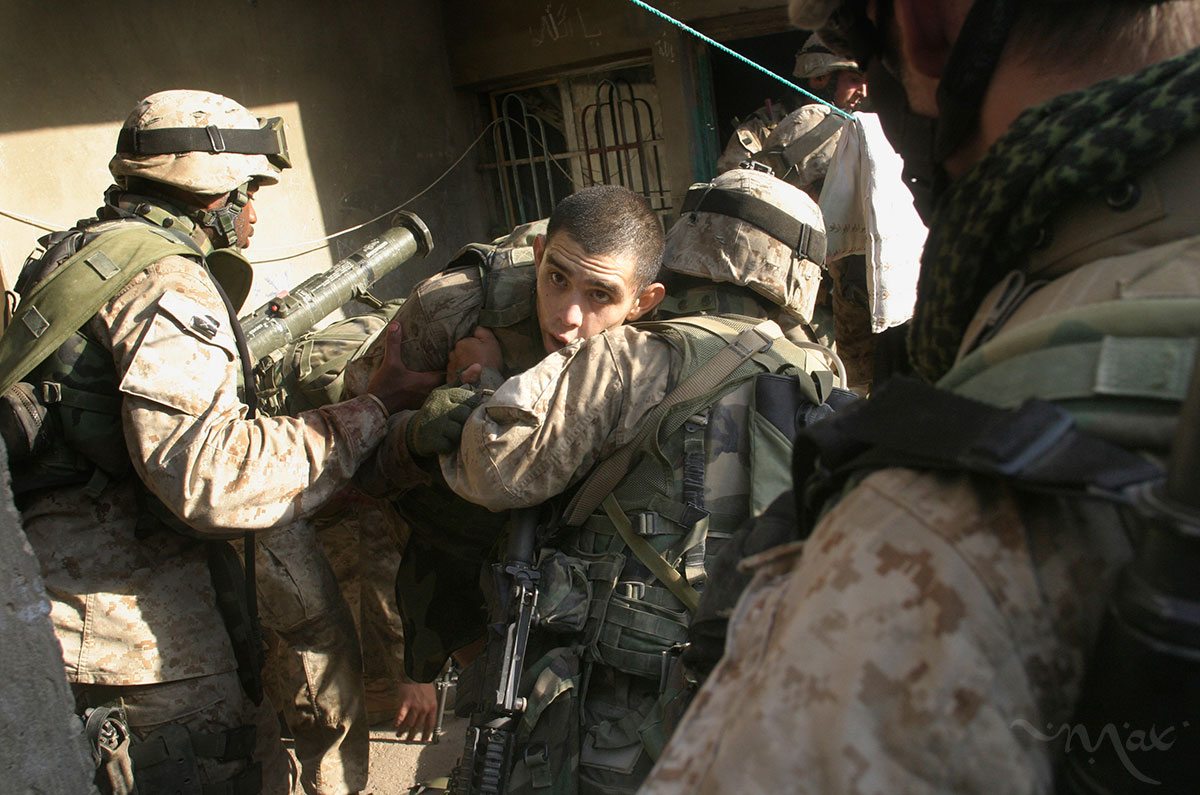 
Marines help Lance Corporal Enrique Mayer who was shot in the leg after being ambushed by insurgents. After fleeing the ambush Mayer found shelter in the home behind him. Mayer lay bleeding as the firefight raged. After the insurgents were killed Mayer was lifted out of the house when he became dizzy because of his blood loss and fell on his fellow Marines.