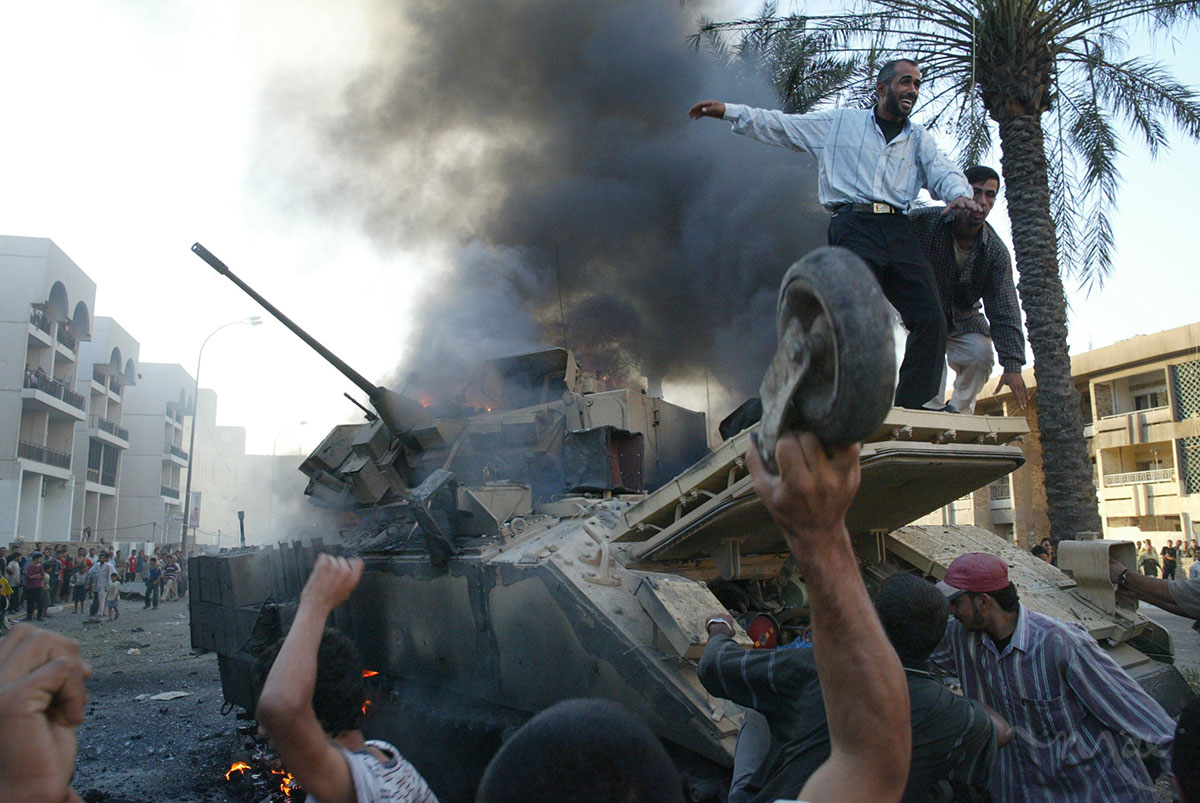 
Iraqis dance on top of at U.S. Army Bradley Fighting Vehicle that was left burning on Baghdad’s Haifa Street in the morning hours of Sunday Sept. 12. After a U.S. patrol of about six U.S. armored vehicle left the area, residents clamored on the vehicle and threw rocks at it even as the ordinance inside were exploding.