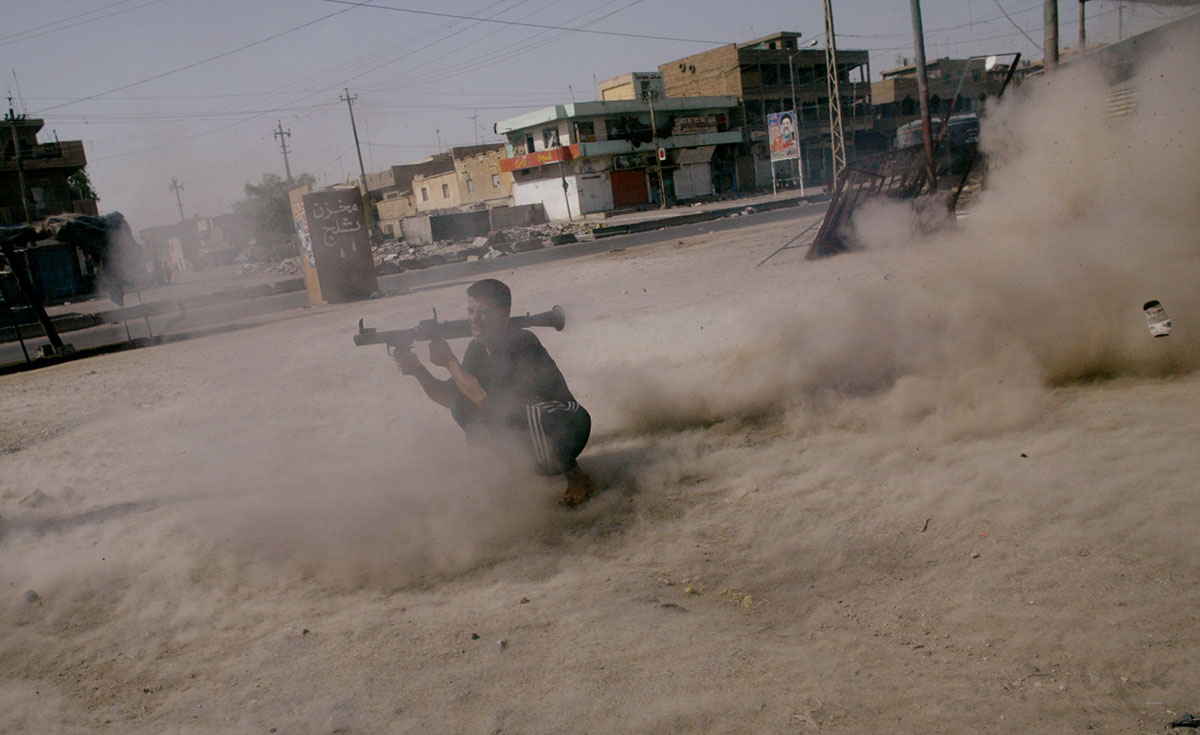 
A member of cleric Muqtada al-Sadr’s Mehdi Army fires a rocket propelled grenade at a U.S. Army tank, which has taken up position on the south side of Sadr City. Clashes between the Mehdi Army and the U.S. military continued today in Sadr City as maneuvers were being made to end the standoff in Najaf between al-Sadr and the new Iraqi government.