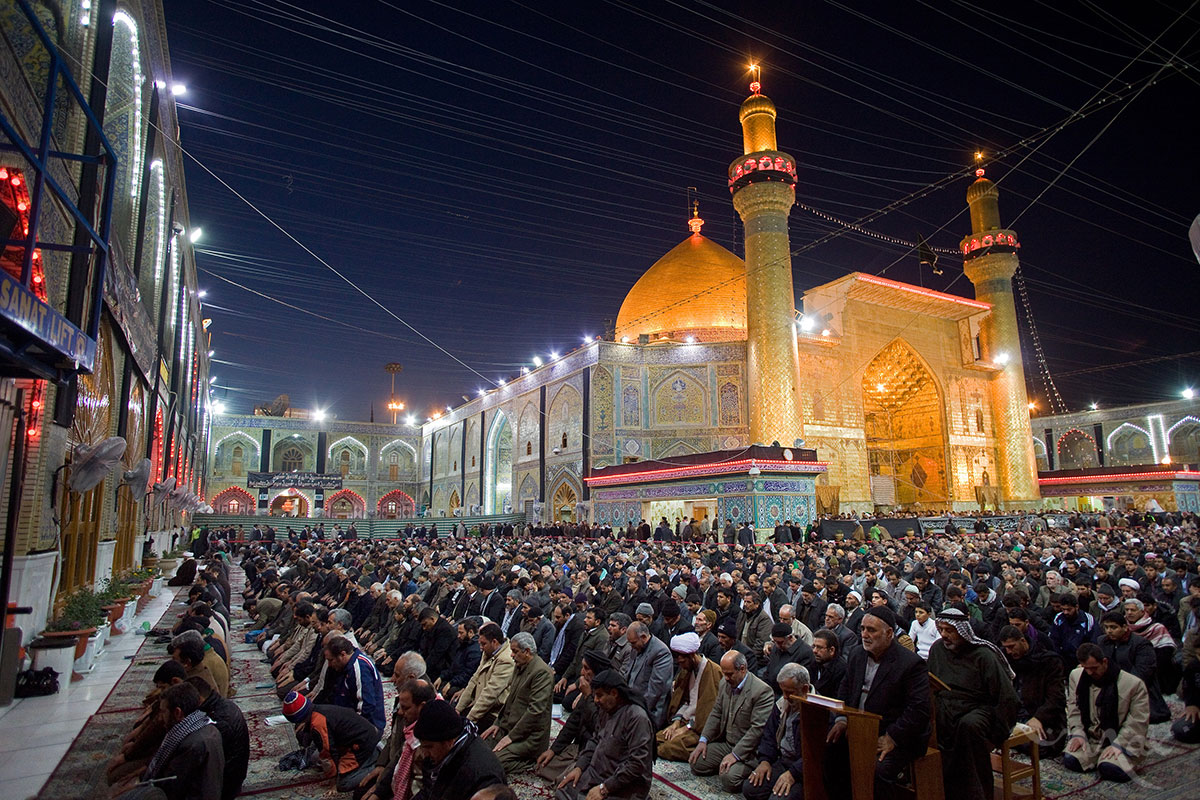 
Shiite worshipers perform the evening prayer at the holy shrine of Imam Ali in Najaf, Iraq on Thursday January 6, 2010. In 2004 Muqtada al-Sadr's Mehdi Army took over the shrine and fought American forces in the city in a bloody battle. Residents of the city have mixed feelings about al-Sadr's return. Anti-American cleric al-Sadr led Shiite resistance fighters against the American-led forces in several bloody battles before fleeing into exile in Iran over four years ago. His return to Iraq is being welcomed by his supporters.