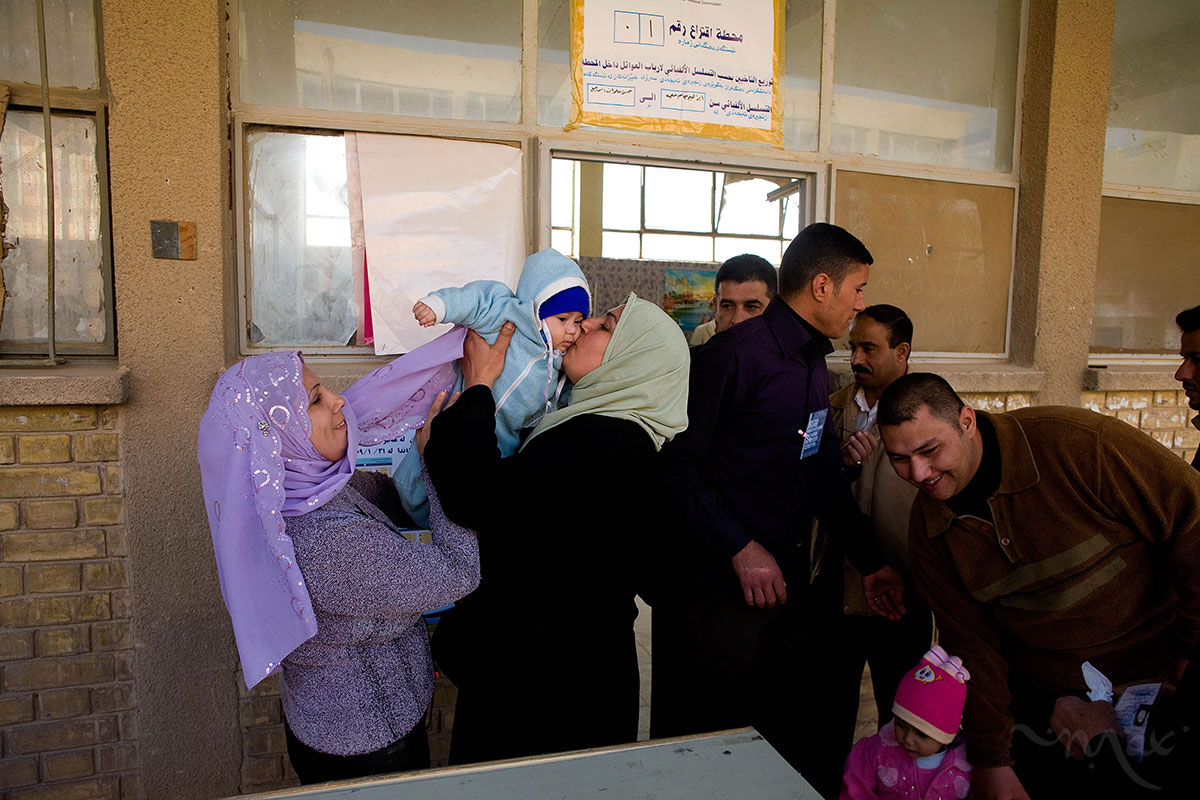 
A women kisses a child as the family departs a polling site of the provincial elections in the city of Baquba on January 1, 2009. Iraq will hold provincial elections in April 2013 in all provinces except for the disputed oil rich city of Kirkuk. Iraq's government has continued to lead the country after the American departure although discontent and protests are on the rise.