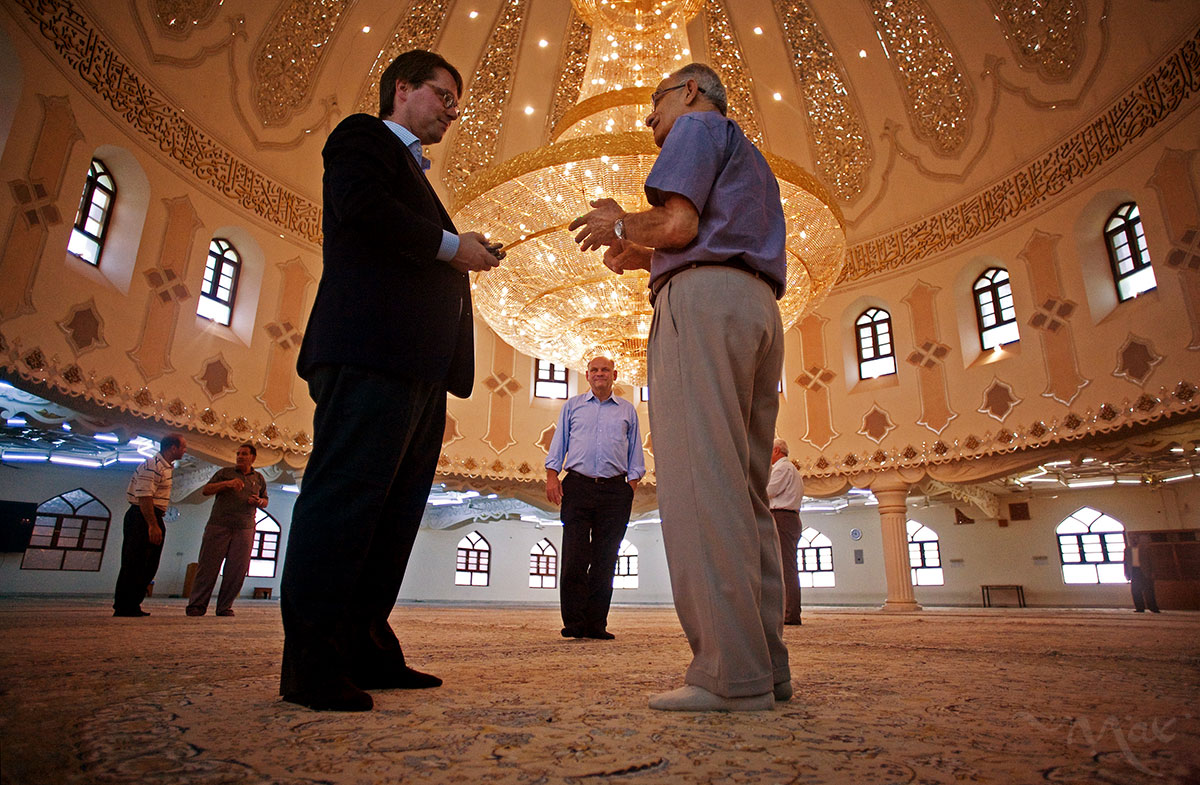 
The crown jewel of the al Moosawi Mosque is this massive handmade, one and a quarter ton, crystal chandelier that was paid for and built by members of the mosque. Abdul Redha al Moosawi, right, who represents the al Moosawi Group, gives a tour to attorney, Dr. Florian Amereller, left, and General Manager Wolf-Michael Baeume of MDC, center in background, at the al Moosawi Mosque. The al Moosawi Group, a Shiite tribal congregation that has succeeded in maintaining successful businesses by staying out of politics during the ravaging civil war in Iraq following the U.S.-led invasion, represents 16 different businesses that include a hospital, real estate, and oil services companies. German attorney, Dr. Florian Amereller, and experienced General Manager Wolf-Michael Baeume are partners with Iraqi businessman Johny Paulus in the MDC Iraq Development Company GmbH. The newly minted partnership is the one of the first forays back into Iraq’s business market after the U.S.-led war in Iraq. The company is working with the German government’s liaison office for Industry and Commerce who operates out of a room in MDC’s office. The focus of the business is on serving the oil and gas, electricity, water, medical and construction needs of Iraq with high quality German products and experience.