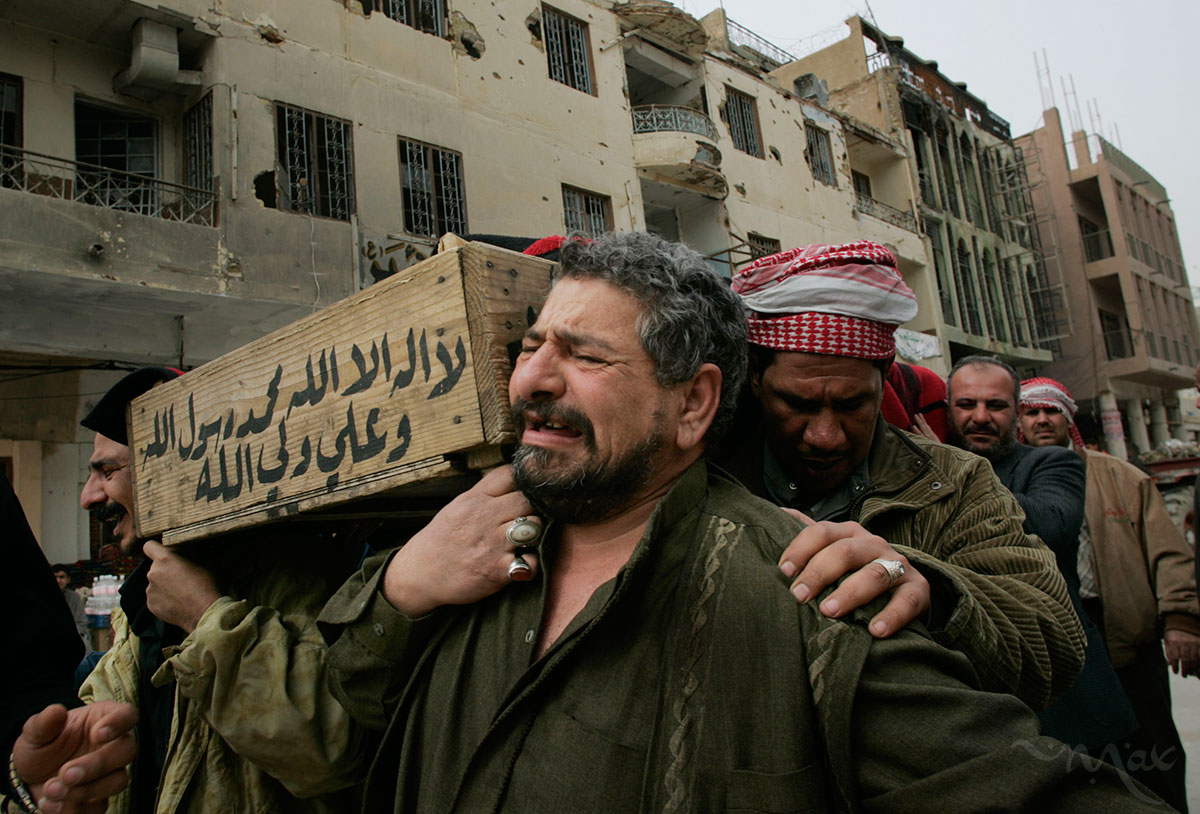 
Karim Rahim Judi Yacoubi, center, weeps as he and his brothers carry the corpse of their dead brother, Naim, 37, to be blessed at the Imam Ali shrine in Najaf before burial. Naim was killed while he was taking tea to election officials at an Iskin neighborhood polling station where he had voted earlier that day.