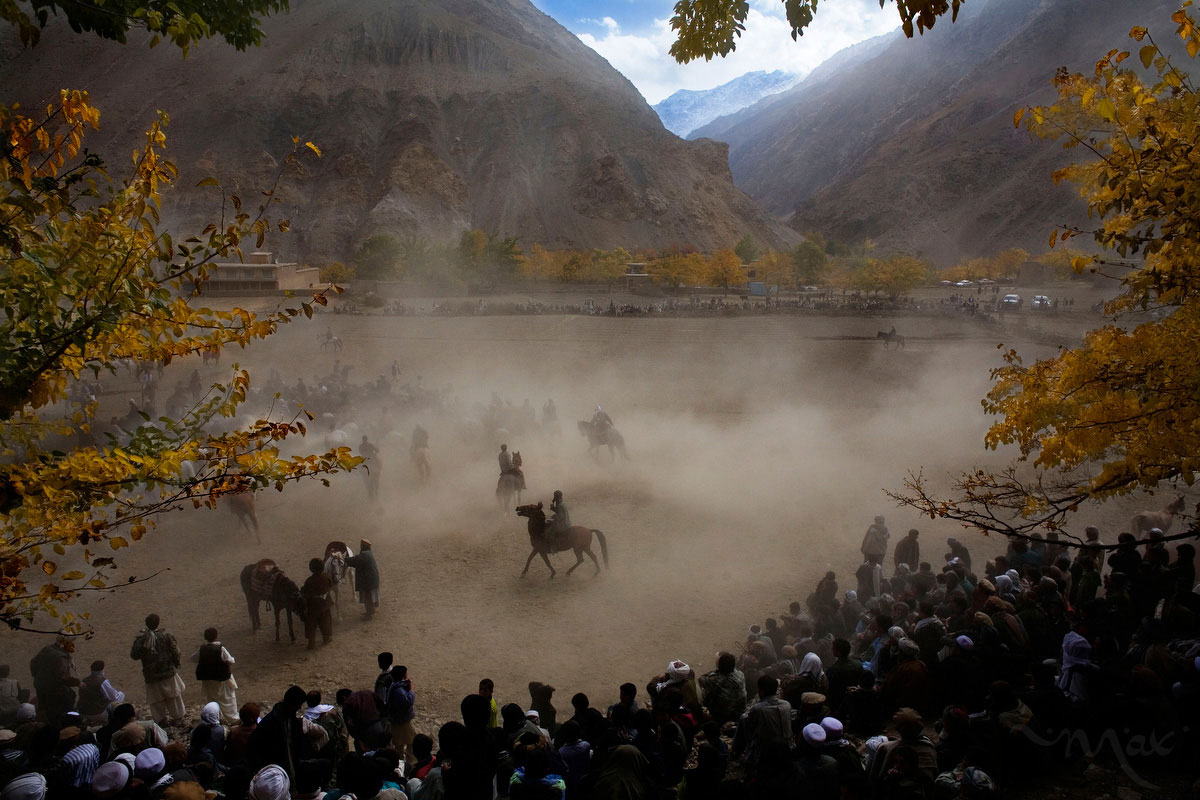 
In a rare respite from the rigors of their work in the emerald mines in the mountains high over their village or from workshops and business, the men of Khenj, Afghanistan, compete in a game of Buzkashi on Friday, October 26, 2007. The popular game, banned under that Taliban, is a match between villagers on horseback pitted against each other to grab the carcass of a dead goat, or in this case, a dead calf, with its head cut off, from one location in the playing field, around a flag and set in a circle in another location. Each time a rider successfully completes the task he is cheered by the crowd gathered under the fall leaves in the shadow of the Hindu Kush.