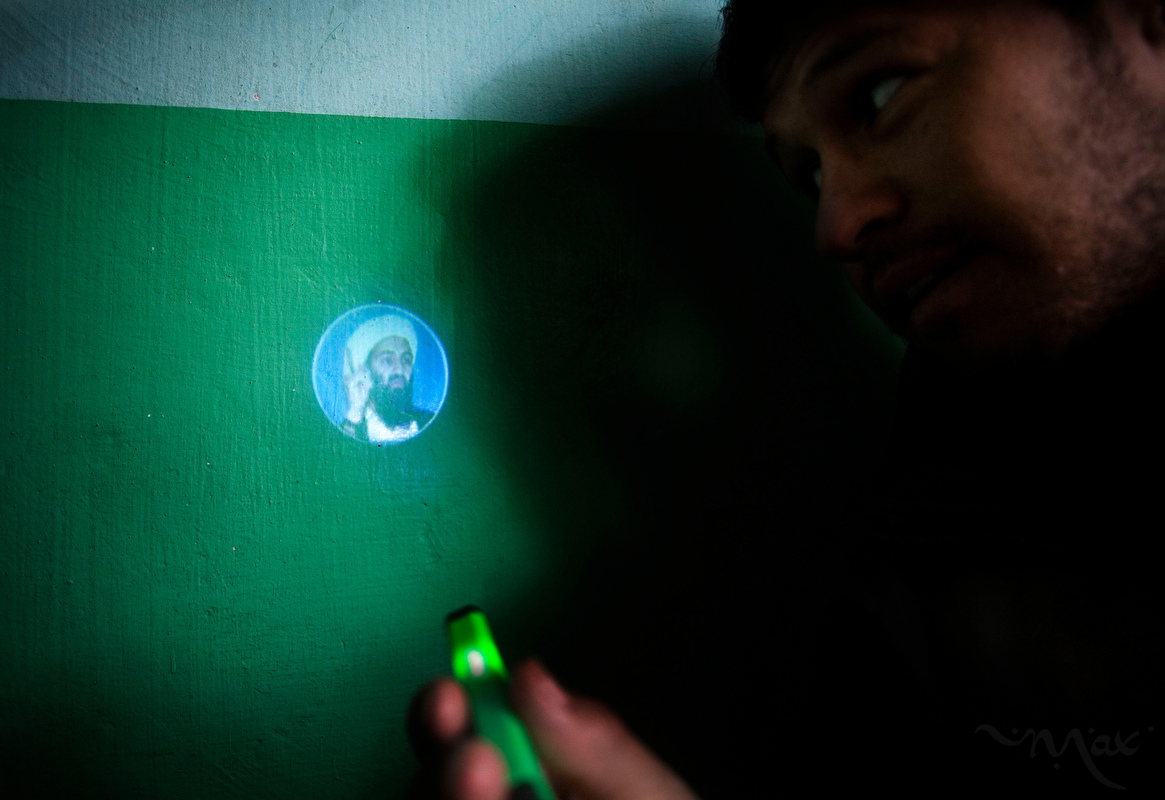 
Burhan Amin, 26, shines a light from the back of a cigarette lighter that projects the image of Osama bin Laden that he purchased from a shop in the village of Khenj, Afghanistan on Friday, October 26, 2007. Ten years after the September 11th attack on the United States bin Laden was killed in Pakistan.