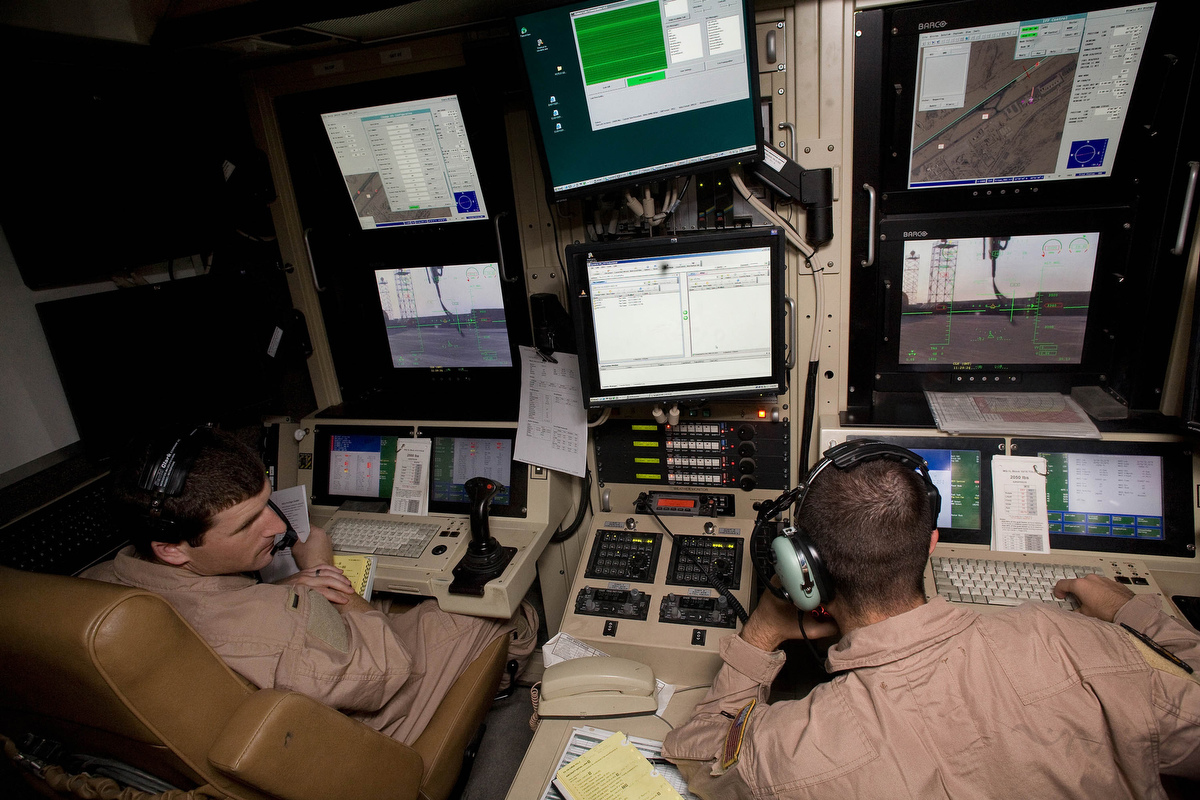 
Pilots with the United States Air Force's 62nd Expeditionary Reconnaissance Squadron prepare to launch a MQ-1 Predator from the Kandahar Air Field from a trailer equipped with a full array of piloting computers and readouts on the flight line. The U.S. Air Force currently fields 130 of the $3 million aircraft which can be armed with two laser-guided AGM-114 Hellfire missiles.