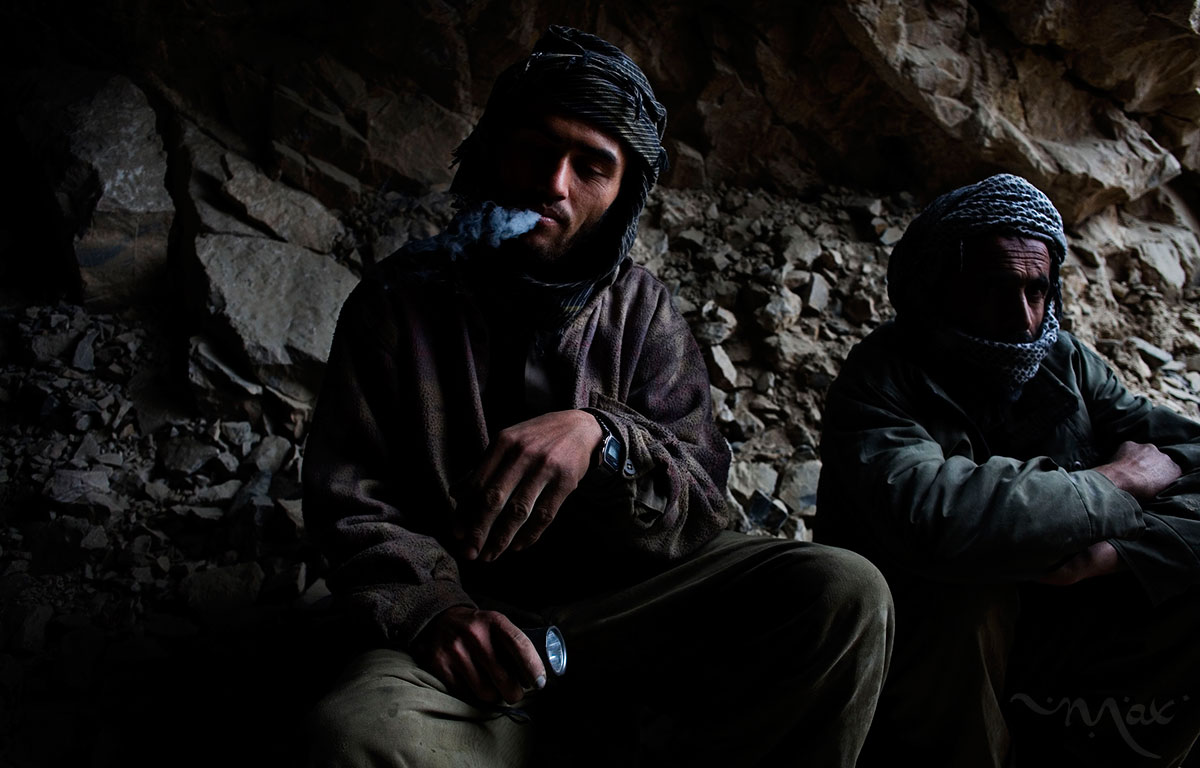 
After setting off dynamite charges in the mine Rahimullah, 27, takes a smoke break as he waits for the dust to clear the shaft of a mineral mine on the slope of the Hindu Kush mountains over the Panjshir Valley near the village of Khenj, in Afghanistan on Thursday, October 25, 2007. Rahimullah is a hired hand who works for a team of young men who blast and drill holes in the mountains looking for emeralds and precious stones. The young men who work the mines were boys when the Taliban fell six years ago. The mines were a way to fund the jehad most of their father’s participated in but now the young men dig, hoping to find a rock large enough to feed their families or to give them enough money to escape the work of the mines.