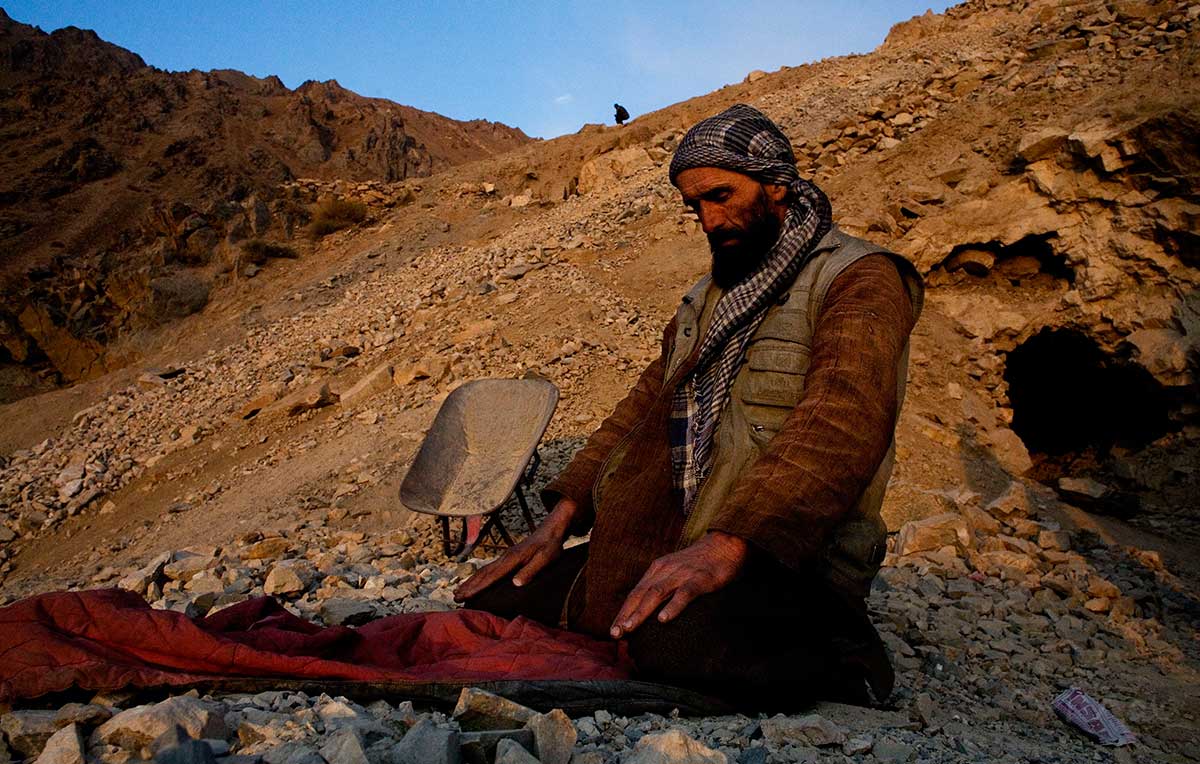 
Moulana Latife, 45, prays on an outstretched jacket at the mouth of his mine in the mountains overlooking the Panjshir Valley village of Khenj, Afghanistan on Thursday October 25, 2007. Latife has been working in the mines since he was 16 and fought with Ahmed Shah Massoud against the Russians in the 1980s and the Taliban after that. Most of the men at the times are deeply independent and conservative and trying to make a living from the back breaking work.