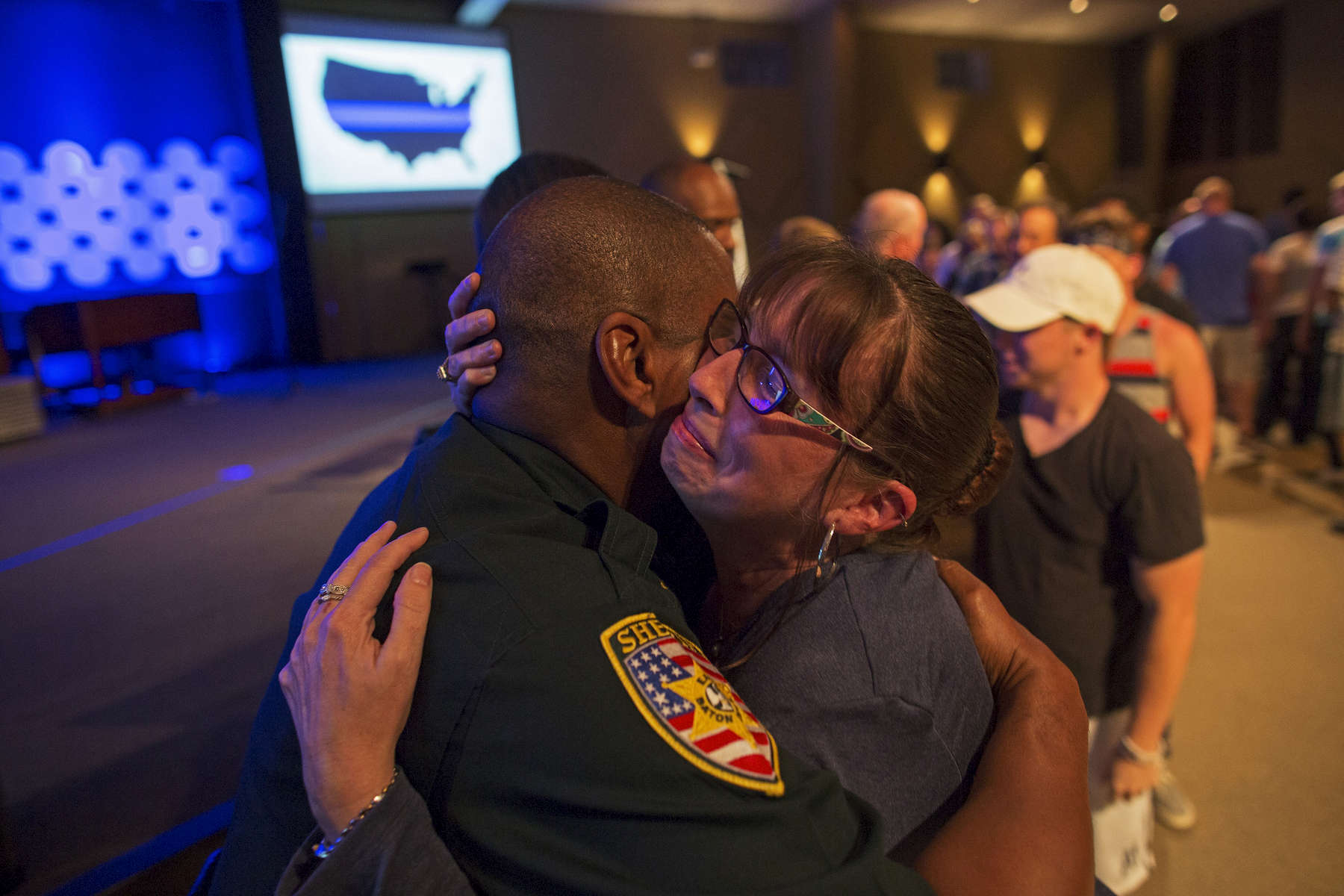 
East Baton Rouge Sheriff officer Eddie Guidry, left, is hugged by a teary Terri Carney, both members of The Rock Church on the outskirts of Baton Rouge, during a prayer vigil for the officers killed and wounded by a gunman on Sunday in Zachary, La. USA, Monday, July 18, 2016. About 100 people came to the special hour-long prayer vigil. Col. Michael Edmonson, superintendent of the Louisiana State Police, said at a news conference that day: “There is no doubt whatsoever that these officers were intentionally targeted and assassinated." (AP Photo/Max Becherer)