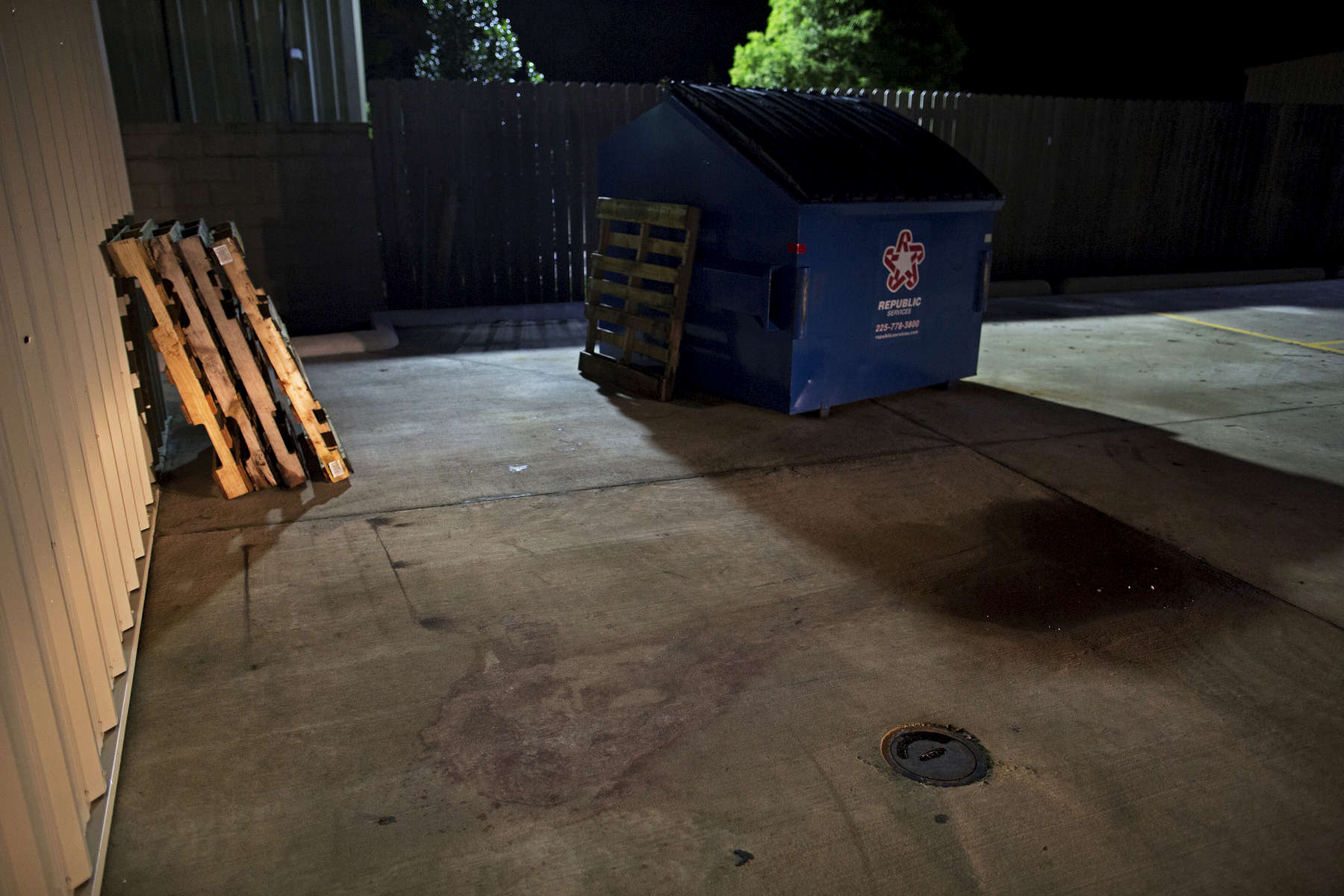 
Bloodstains remain behind the Hair Crown Beauty Supply business where police officers were shot and killed Sunday in Baton Rouge, La. USA, Monday, July 18, 2016. According to Col. Michael Edmonson, the superintendent of the Louisiana State Police, 29-year-old Gavin Eugene Long was wearing all black and carrying a rifle when officers first encountered him at about 8:40 a.m. Shots were reported fired two minutes later, and the first report of an officer down came in two minutes after that. (AP Photo/Max Becherer)